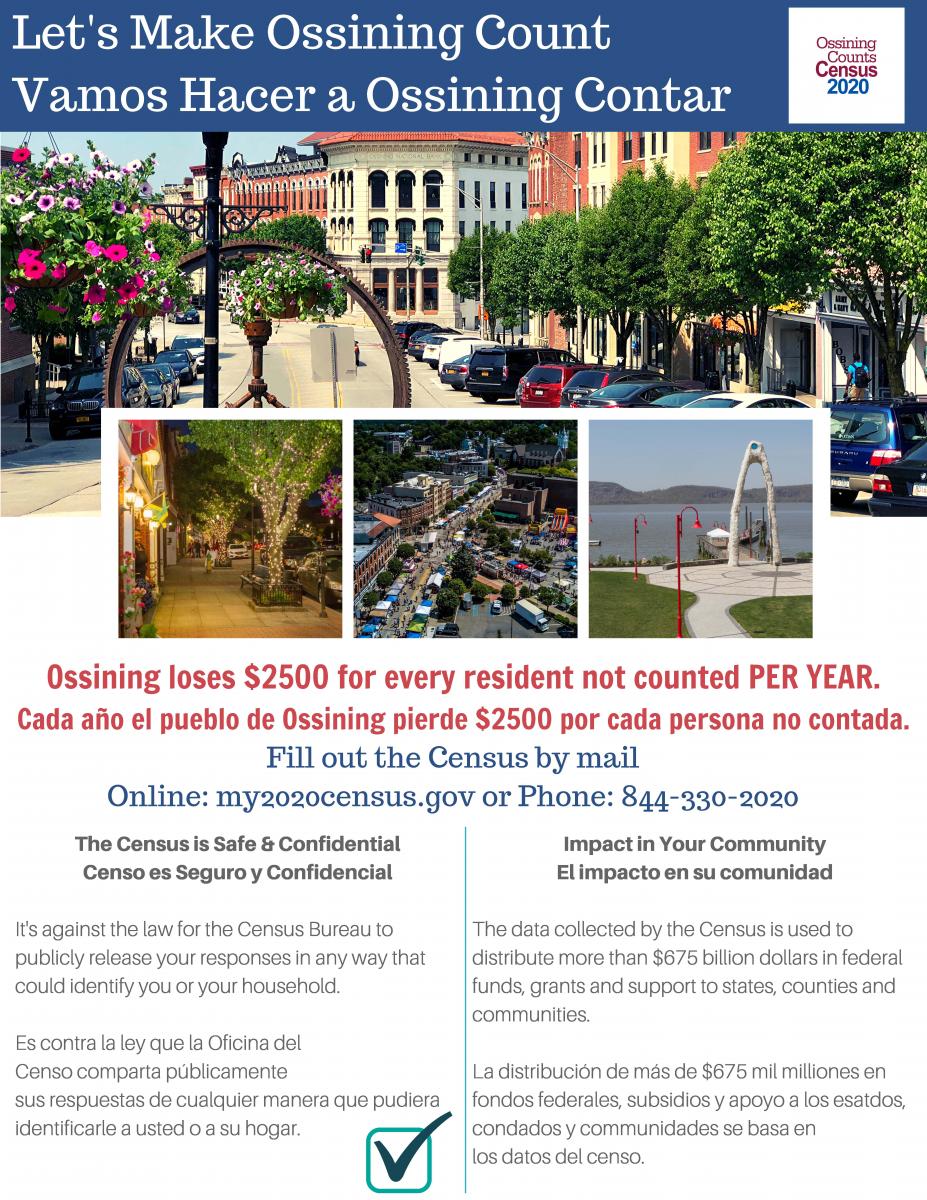 Ossining has partnered with the U.S. Census Bureau to ensure that a complete count of its residents is conducted in Census 2020. In July 2019, the Village of Ossining, in conjunction with various local stakeholders, created a Complete Count Committee. The goal of this committee is to help all of Ossining ensure that everyone living in the Village and Town of Ossining at the time of Census 2020 is counted. This includes:

Census data directly affect how more than $400 billion per year in federal and state funding is allocated to communities for neighborhood improvements, public health, education, transportation, and much more. That's more than $4 trillion over a 10-year period. Spending just a few minutes to fill out your census form will help ensure Ossining gets its fair share of federal and state funding. This data examines the current distribution of funds, and includes those federal programs using Census Bureau data to distribute funds, in one of three ways:

The census is also used to apportion seats in the U.S. House of Representatives and to redistrict state legislatures. Census data are used to define legislature districts, school district assignment areas, and other important functional areas of government. The census is like a snapshot that helps define who we are as a nation.

Data about changes in Ossining are crucial to many planning decisions, such as where to provide services for the elderly, where to build new roads and schools, or where to locate job training centers. It is imperative that every resident participate and help ensure that Ossining counts.

Census2020: Communication with the Community